I chose Dangerous Alliance as my December 2019 Book of the Month, and never got around to reading it until this week. Well, despite what I’m about to say next, I loved it! As someone whose favorite movie is Bridget Jones’ Diary, I’m a sucker for a good Jane Austen spinoff, and Dangerous Alliance presented no exception.

But, you may have gleaned from my previous graf that I have some critiques of the book. And I do. Still, that doesn’t detract from the fact that, overall, Dangerous Alliance is a wonderful historical fiction book — the kind of book you can lose yourself in for hours while forgetting where you are and what time it is. It tells the tale of Victoria “Vicky” Aston, a Jane Austen fan who’s faced with the prospect of marriage earlier than anticipated due to her sister’s separation from her abusive husband.

Jennieke Coleman’s novel is delightfully packed with historical details (she has taken painstaking measures to ensure her book is as factually accurate as possible) as well as eloquent prose. The book successfully balances appealing to the modern sensibility while preserving the manner in which people actually spoke during 1817, when the book is set.

That being said, I found fault in the glaring contradiction that plagues this novel: while clearly written to be an Elizabeth Bennett-type heroine, the main character Vicky is constantly finding herself a damsel-in-distress. She insists that she doesn’t need a man to save her, yet her love interest, Tom Sherborne, is repeatedly coming to her rescue.

Only at the end of the book do we see Vicky reclaim her independence by shooting her sister’s dastardly husband. Vicky pointedly notices that Tom entrusts her with this duty, allowing her to save him this time. And while this is a thoughtful and welcome contrast, I can’t help but wonder that if Tom had trusted Vicky this entire time, why does he keep coming to her rescue when she insists that she can manage on her own? Why does he keep allowing his jealousies to get the better of him?

Needless to say, Tom is a flawed character — and as a result, he is the character I liked best throughout this novel. Coleman writes from the limited omniscient third-person perspective of both Vicky and Tom at different points in the book. I appreciated the insight into Tom’s character, as many of his actions would not have made sense otherwise.

Furthermore, the fact that Coleman recognizes the trauma of abuse in both men and women during this novel — in showing how it has affected Tom as well as Vicky’s sister, Althea — is to her credit. Tom is frustratingly unable to admit to his affection for Vicky, much like Mr. Darcy. However, Tom’s emotional distance from Vicky stems from the latent effects of his father’s abuse.

While the book makes many, many comparisons to Jane Austen’s novels throughout (seriously, it’s called an Austentatious romance on the cover — I think we would have understood the references without needing to call them out so blatantly), it deals with much darker themes than Austen’s humorous novels satirizing the upper class of English society. Rape and abuse are common threads that run throughout the novel, and their aftermath continues to wreak havoc on the characters’ lives in ways that are both genuine and heartbreaking.

Still, it feels good to see a historical fiction novel recognize that life in the 1800s was not all sunshine and butterflies (especially for women), rather than overly-romanticizing the era. This theme is well complemented by Vicky’s gross naivete throughout much of the novel. Just as Jane Austen glosses over some of the grimmer realities of Victorian life, Vicky views her life through a rose-colored lens, absorbing but not quite comprehending the levity of what her companions have been through. Only toward the end of the book does Vicky come to the epiphany that life can be far crueler than any piece of fiction, when she finally suffers herself at the hands of Althea’s abusive husband.

I think Vicky represents how many of us feel when we learn that someone we love has been through something traumatic: while unable to fully grasp the experience, since she didn’t live through it herself, Vicky feels an overwhelming desire to help Althea, despite her uncertainty of how to relate to her. This explains why a strong-willed heroine such as Vicky would consent to the marriage scheme that forms the premise of the book; while wildly out of character for her otherwise, Vicky will do anything to help Althea, much like Elizabeth Bennett would for Jane.

This brings me to my final criticism of the book, which concerns Vicky’s mother and father. The early pages of the novel make it a point to state that Vicky’s parents were generous in allowing her to help manage the estate. More so than her mother, who would have liked to see her daughter behave as a lady of society, her father recognizes Vicky’s independence and strives to honor it. Yet all of that is shattered when her father confronts Tom about his intention to marry his daughter near the end of the book, and when her parents reiterate the urgency of Vicky marrying to prevent the estate from falling into Althea’s husband’s hands.

This contradiction made it feel as if the author wanted to write a historical novel with modern feminist overtones, but the premise of the book, as well as the realities of life in the time period, conflicted with her own values. Coleman clearly intends for Vicky to be a strong, independent heroine, yet she constantly finds herself as a damsel in distress; she wants Vicky’s family to support her independence, yet their actions suggest otherwise. The same goes for Tom, who continually acts as the knight-in-shining-armor despite Vicky’s insistance that she doesn’t need saving. (Though it’s worth noting that, toward the end of the book, Tom recognizes that it is not Vicky who needed saving, but him.)

In summation, however, I didn’t think these contradictions detracted from this being a well-written and entertaining YA novel. In fact, I think they follow a pattern: at the beginning of the novel, Vicky views her parents as supportive, dare I say with feminist sensibilities, and herself as the heroine of a Jane Austen tale. However, the closer Vicky gets to her culminating realization — that she has been terribly naive — the more the characters’ true actions and motives appear to contradict the initial impressions Vicky has given us. One could say, then, that the problem isn’t Coleman’s writing at all, but rather her intention to make Vicky an unreliable narrator.

The problem is that the beauty in these contradictions relies on young readers making these connections and recognizing Vicky for what she is. I’m not entirely sure that in high school, I would have been able to do so. I probably would have devoured this book as a fun, romantic read without giving its nuances a second thought. However, as an adult fan of YA novels, I appreciate the fact that Coleman took such care to weave in these details. They elevated this book from a light Jane Austen-inspired period romance to a sophisticated young adult novel dealing with the darker realities of human nature. 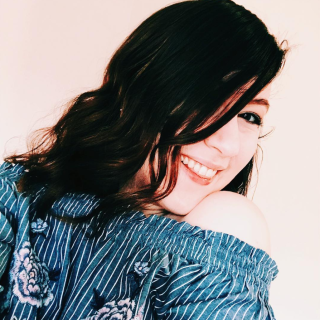